I just updated one of my projects to Swift 5 and have a pretty weird occurrence. I'm using a GKStateMachine to handle states for a game. When entering a state I also set the value of an enum to the related case for cleaner communication to the outside. Now after the update to Swift 5 this isn't properly working anymore.

This is the enum:

Now in the GameOver State of the State Machine I do the following:

It enters the state and in the »didEnter(from previousState: GKState?)« method I set the currentState of my GameManager object to .gameOver – so far so good. But somehow this isn't working as it get's set to .lostTrack instead. The same is happening for the Paused State with the .paused case.

And the console output while running:

Interestingly when I change the order of cases in the enum it also sets it to another case. Beside .paused and .gameOver all the other ones seem to work and get set correctly. This definitely worked before and I have no idea what could be going on. At this point it seems to me like a system bug

A screenshot of the relevant definitions in the GameManager: 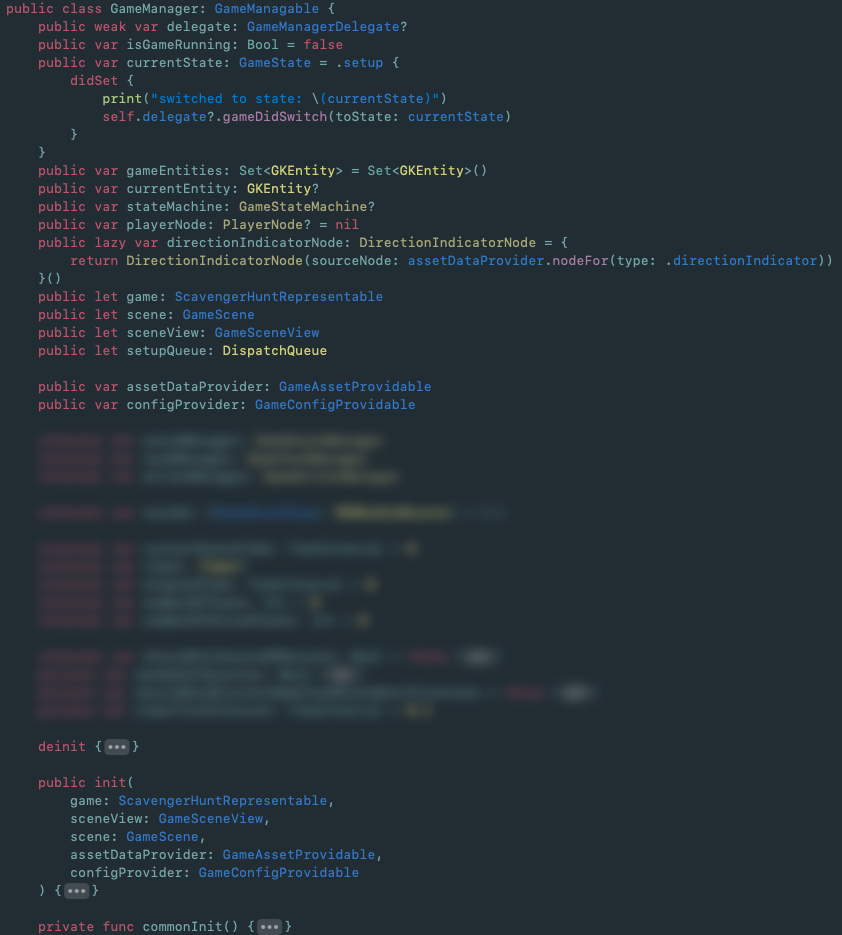 Sidefact: It also works when I get rid of the associated values of the enum cases.