Why does GHCi understand imports that GHC doesn't?

I'm pretty new to Haskell, and I think I have a fundamental misunderstanding somewhere. When I'm in GHCi (using the ghci command), I can type import System.Random, and it works. I can then generate random numbers.

Next, I make a file called test.hs that contains nothing but one line: import System.Random. I then call the command ghc test.hs and get the following error message:

However, if I go back to GHCi, I can type :load test.hs. This works, and allows me to generate random numbers.

When I run ghc-pkg check, I get only warnings about missing haddock interface files: https://pastebin.com/6a9f0nYZ. From what I understand, this isn't related to the current issue.

A couple of questions:

Edit: Both GHC and GHCi are the same version.

Edit: Both ghc and ghci are in /usr/bin/ 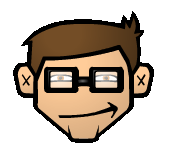 Update: It looks like this is an Arch Linux peculiarity, not a corrupt package. I've updated my answer accordingly.

You can verify this is the issue by running ghc-pkg field random import-dirs and peeking in the resulting directory. There should be a System subdirectory that usually has two files in it: System.hi and System.dyn_hi. If the former is missing, that's your problem.

Now, it looks like you're probably using Arch Linux. As documented on the Arch Haskell wiki page in the section "Problems with linking", the Arch Haskell community packages (including haskell-random) intentionally omit the static versions of interface files and libraries.

There are several of workarounds given there:

Now, it looks like you already had ghc-static installed, or when invoking GHC you would have also gotten an error about missing files in the base package. You ran cabal install --force-reinstalls random, though as @dfeuer notes, it might have been safer to run:

to ensure that the same version was reinstalled.

Anyway, this installed an additional copy of random in your user-specific package directory. If you run:

you'll see that random-1.1 is listed both under the global database and user database:

and if you run:

you'll see that it lists the two separate installed versions which is why you now get duplicate fields with ghc-pkg field random import-dirs.

There shouldn't be anything wrong with this. Your user database will take precedence over the global database, so your newly installed version of random will be used when you run GHCi or GHC.

Note that, if you change your mind and want to back out this reinstallation (and maybe try one of the other solutions suggested on the Wiki), you should be able to run:

Technically, this won't actually remove the package (as the compiled version will still be there under ~/.cabal/lib), but it should otherwise put things back the way they were.