Primary Key/Foreign Key for a table with two junction tables

Lets say I have table A with two junction tables B and C, how would I go about creating primary keys for table A? I have two of these types of table in a diagram I drew, the circle keys are foreign keys btw. 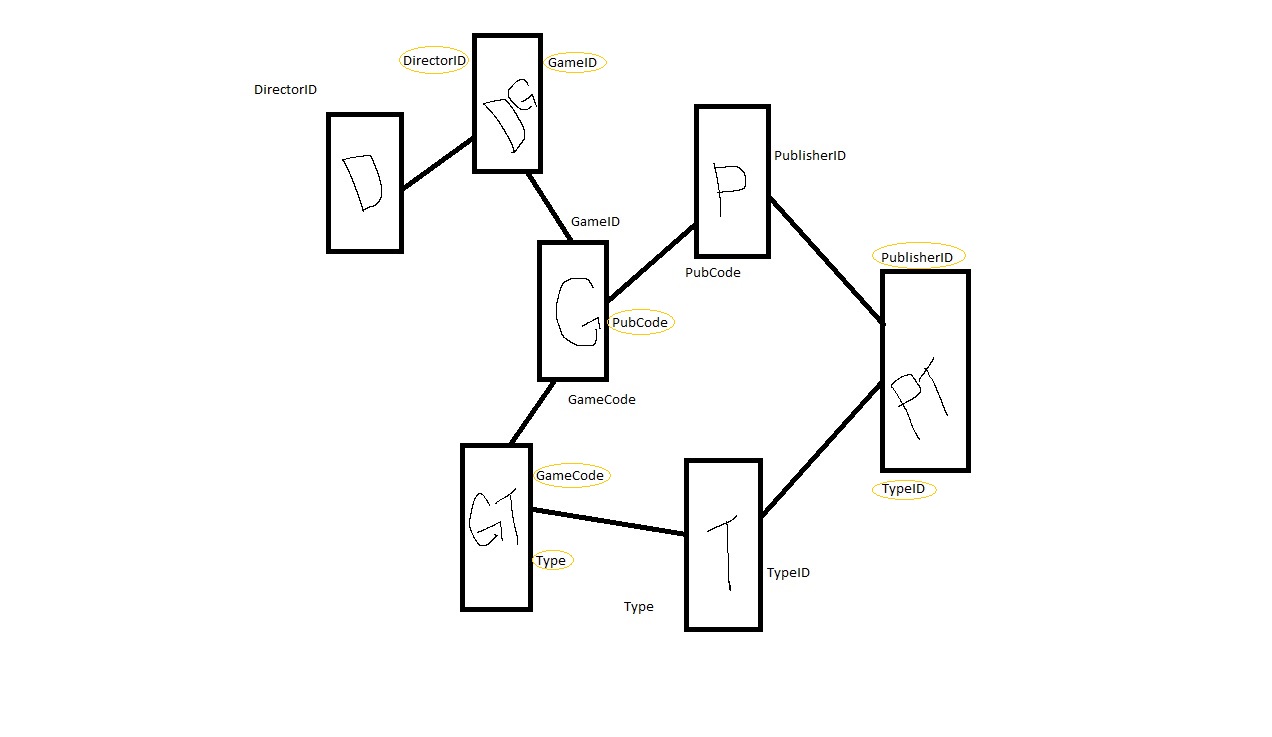 Your games table needs only one primary key: this identifies each specific game. In the junction tables, the primary keys are composed of the game primary key and the directors (or types) primary key.

Taken from the reference in the tutorial MySQL Primary Key:

It is difficult to provide information about your specific question because there is too little details in it.

From your comment "if a table has two junction tables attached to it, would it need to have two primary keys?". No.

A primary key is actually a logical concept (a design mechanism) used to define a logical model. A primary key is a set of attributes (columns) that together uniquely identify each end every Tuple (row) in a relation (table). One of the rules of a primary key is that there is only one per relation.

The logical model is used, as mentioned, as the design to create the physical model, relations become tables, attributes become columns, Primary keys may become unique indexes. Foreign Keys may become indexes in the related table and so on.

NB: I didn't tested the above using PostgreSql. The syntax should work for most RDBMS's, but some may require tweaking slightly.

Indexes become more useful as the number of records in the tables grows.

I hope this answers your question. :-)