And after running an app, viewed AppData/tmp folder inside an app’s folder: 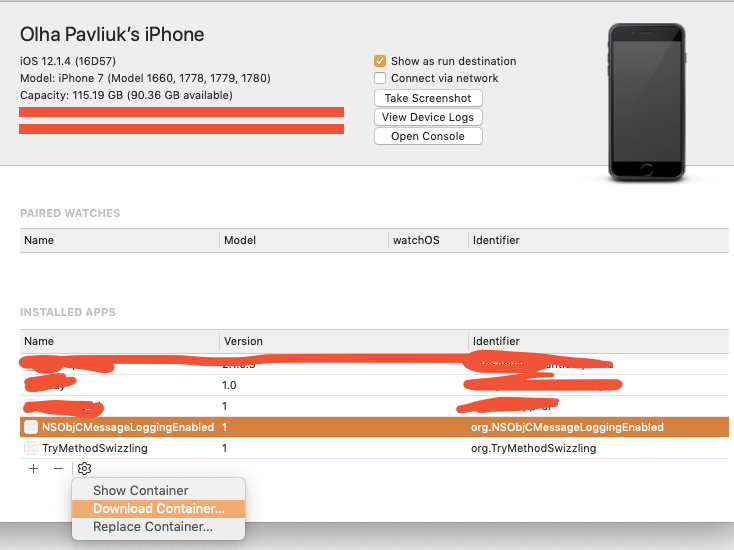 There’re no files. How to check if this variable is still working, or which possibility can be used now?

As is said in the link provided by @SaurabhJain, the logging is possible only on Simulator.
I've tried it, and while there still weren't files in ~/Library/Developer/CoreSimulator/Devices/(SIMULATORID)/data/Containers/Data/Application/(APPLICATIONID), there was file like launches.2019-04-05.17.15.02.log in /tmp.
But this file was created also when NSObjCMessageLoggingEnabled was NO, and it's content is about the same: I don't see the names of functions called.
So I can't make it work even in Simulator.