Is it possible to apply two subclasses to one object?

I would like to create a class in JavaScript wich is later extended by multiple subclasses.

I was able to create a closure for what I need but since code is growing more and more it is becoming obfuscating to have one huge file.

I have a working closure that can represent this:

I now tried to achieve this using js classes. This is the basis:

From what I know I have two options in general to extend this class somehow.

This would be lacking further grouping of the activities.

That option would be lacking the possibility of assigning more than one activity to a person.

Is there a way to create as many subclasses as I like to a certain object?

I have now split the closure into multiple files and put them together on the server according to what "activities" I need. But I do not like this solution.

Thanks in advance
André 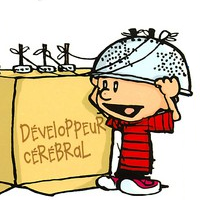 you have a bad understanding of javascript classes