Tring to install several plug-in in Spyder IDE such as unittest notebook line profiler spyder-terminal memory-profiler spyder-report , i got some serious problem. The installation was good, though i couldn't install spyder-vim and conda-manager plug-in for some unknown reason.

But thing was after launching the IDE, it's just broken somehow and not responding. No mouse clickable. Interface was totally messed up. 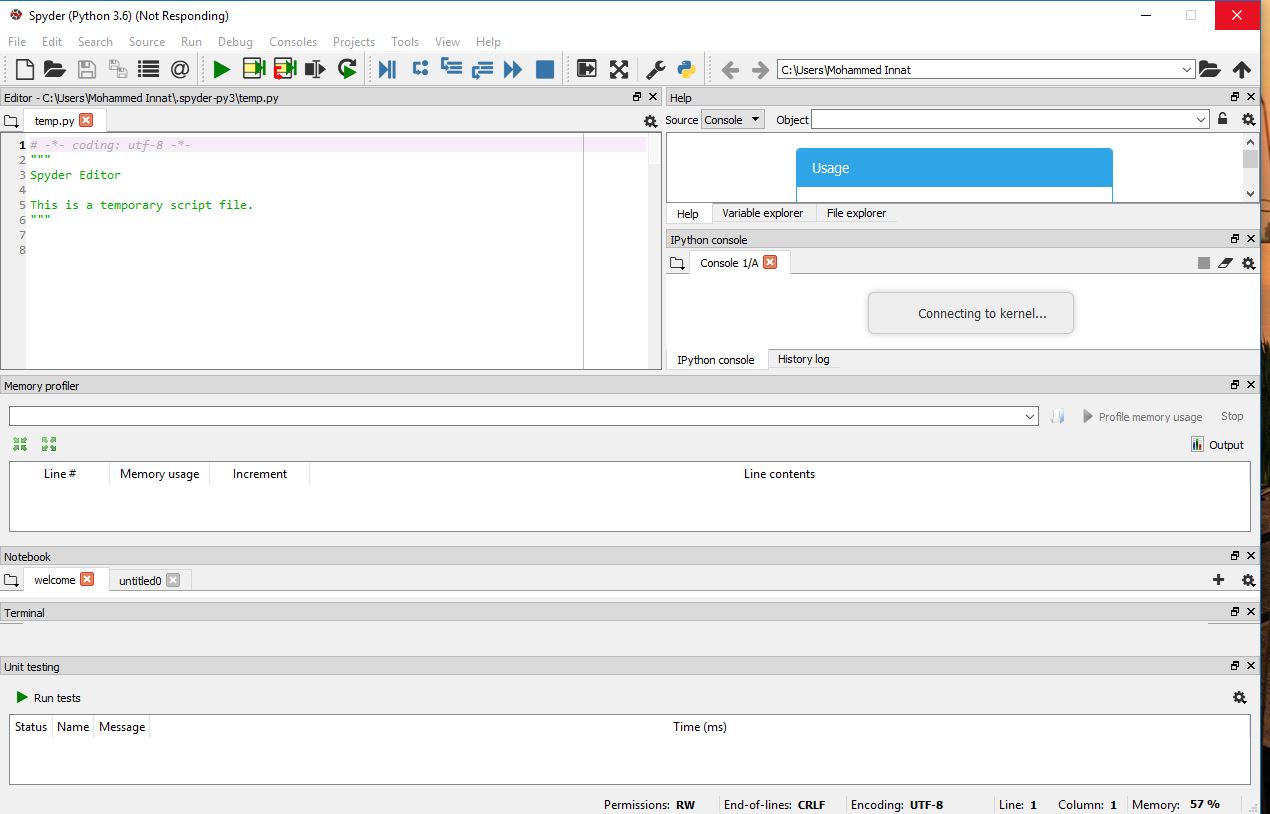 After removal these plug-in, again manually installed those plug-in and tried to figure it out that, for which plug-in was caused for this mess.

This time i only installed unittest spyder-report notebook terminal and now after launching i saw interface was little bit mess than before and mouse clickable and discovered some problem in spyder-report plug-in.

While rendering report to html it showed following error: signal only works in main thread 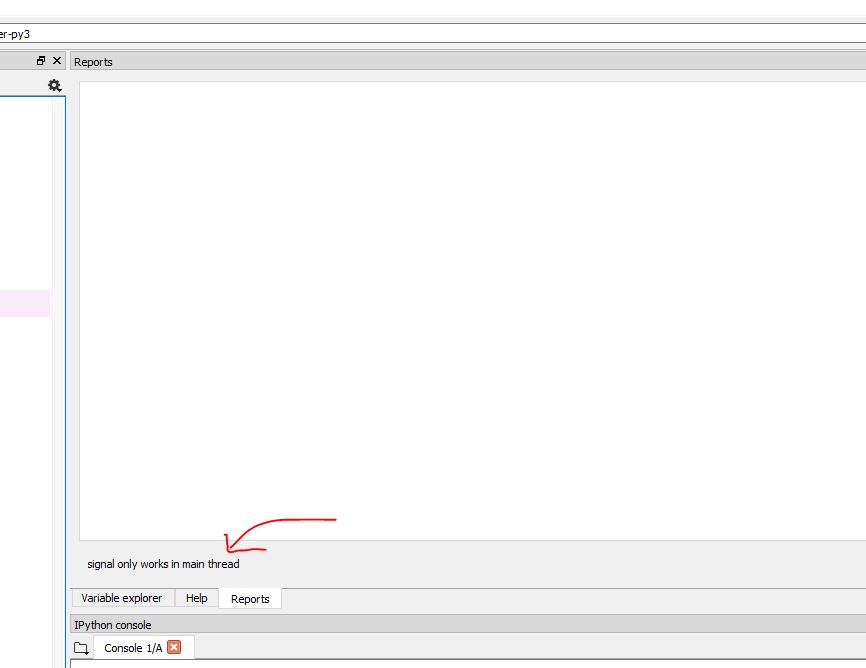 I'm not sure whether i'll try other plug-in but everything is pretty OK now except spyder-report plug-in. I google it for a day but no effective solution. A little help will be highly appreciated.

You didn't say which version of Spyder and python you installed, nor which operating system you are using. So, using Debian unstable and python 3.6.5, I installed:

as well as all of their dependencies. After that, I started spyder3 without any problems (except that I have to use the Spyder 2 icon theme b/c it can't find the Spyder 3 icons). The Reports tab works fine, no "Signal only..." error.

The problem with spyder-vim seems to be that no actual release has been made yet, so pip3 install spyder-vim doesn't find anything.

Last, I added the terminal plugin with pip3 install spyder-terminal.

Again, after that all is working fine.

So, if that doesn't help, maybe you could add some more details and some of the console error messages you get?