How to remove the duplicate import of RXJS from main.bundle.js

For my Angular5 application, created stats.json file using webpack-bundle-analyzer npm package. This package is used to analyze the bundles. Observed that the RXJS modules are getting imported twice. 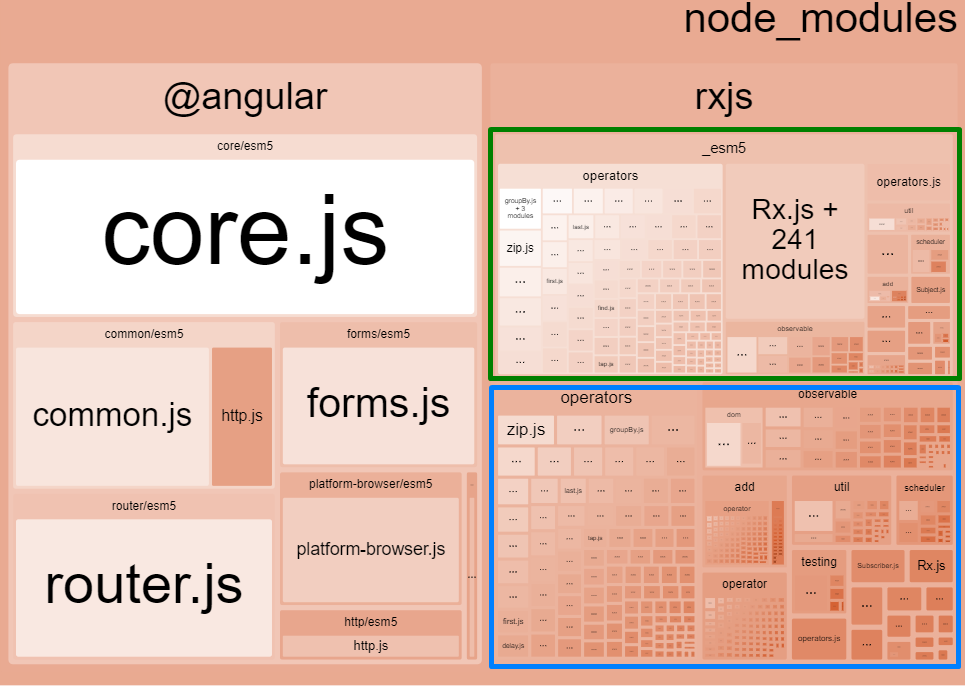 In package.json, I have imported RxJS package as a dependency.

In components, we are using the below format for imports. And which I do F12 on Observable, it points to RxJS/Observable.ts file.

I am not able to figure out why there are duplicate imports of RxJS. Any pointers will help.