I have running Ubuntu 18.04 (using Windows subsystem for Linux) and MacOS 10.13.6 on separate machines.

I have also tried to run dotnet build <solution.sln> from the windows command line which prints out this error message instead:

error MSB4062: The "XamarinLive.Build.XamarinLiveTask" task could not be loaded from the assembly C:\Users\Jason.nuget\packages\livexaml\2.1.22\build\XamarinLive.Build.dll. Could not load file or assembly 'Microsoft.Build.Utilities.v4.0, Version=4.0.0.0, Culture=neutral, PublicKeyToken=b03f5f7f11d50a3a'. The system cannot find the file specified. Confirm that the declaration is correct, that the assembly and all its dependencies are available, and that the task contains a public class that implements Microsoft.Build.Framework.ITask.

However, the solution works and builds fine from within VS2017 (Version 15.9.7). I've tried scouring the binary log that is generated but I can't make much sense of it and there doesn't seem to be any obvious errors (on Ubuntu & Mac). Could the windows error message be related in some way?

The projects that are failing target netstandard 2.0 (The same as the projects that do build). The version returned by dotnet --version on all 3 environments is 2.1.504.

Any help would be greatly appreciated. 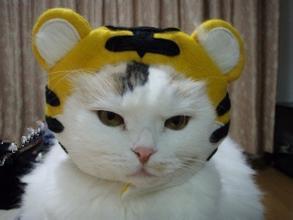 You need to use msbuild.exe instead of dotnet build for this situation.

msbuild.exe runs on full framework while dotnet buildruns on .NET Core, and most of the build tasks don't support that.

More details see Martin's answer from this similar issue. Thanks to his detailed description!