Amending a commit with the effects of hg cp --after

I have a file before.txt, which I want to split into two smaller files. What I should have done was

Then, both part1.txt and part2.txt will have before.txt as part of their history, so the diff will show as deleting parts of a larger file, rather than deleting one file and creating a new one with some of its contents.

However, what I actually did was

So before.txt is only present in the history of one of my two files. If I hadn't run hg commit, it seems clear to me that I could solve my problem with

or something similar to that. And I haven't pushed this commit upstream, so I should be able to edit it however I like. But I can't figure out how to do it. When I run that hg cp, I see:

Here's one way to fix that situation:

(I didn't actually try all these commands, hopefully no typos!)

The first step is optional depending on the state of your working directories.

Now part1.txt and part2.txt should have the correct contents. The use of revert was just to save having to manually re-edit the file changes. But you could also just redo it manually if that seems easier.

The use of revert to pull into the working folder the effects of another changeset is a trick I use a lot. Its like a manual way of amending which gives you total flexibility. But it only works well when the revision you are reverting your working copy to is closely related to the revision which is the parent of the working copy. Otherwise it will create numerous nuisance changes. 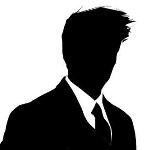 based on @DaveInCaz answer, here is a MCVE